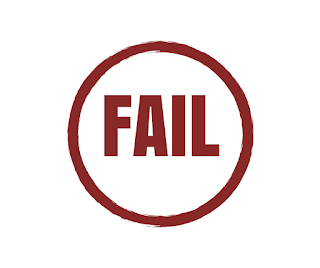 As people at church and in our social circles began to find out my son wasn’t going to serve a mission, I soon realized that after my conversations with others about it was over, I continued the dialogue in my own head and it was usually something like this:  “Yep, and I’m the Mormon mom that didn’t quite make it; you might want to keep your distance just in case my failures rub off on you.”  Of course, the more I told myself this, the more real it seemed to me:  I really was a failure as a Mormon mom.
Or was I???
In a previous blog I wrote about how just because other people may say something doesn’t mean it’s true.  Guess what?!  The same principle applies here:  just because I kept telling myself I had failed at being a Mormon mom didn’t make it true.
When I came to this realization it suddenly struck me:  if I was going to determine my success or failure as a Mormon mom solely on the choices of my children, which choice was I to use?  The time a son walked out of an inappropriate movie, leaving all his Mormon friends inside the theater to keep watching?  Or how about the time my son, serving as a Deacon’s quorum president, coordinated the efforts of three deacon’s quorums (from two different wards) to pass the sacrament to two wards (plus visiting Stake leaders) simultaneously, in a reverent and efficient manner?  Or was it really my son’s choice to not serve a mission that summed up my 20-year efforts as a Mormon mom?

To be sure, the world is full of many people that are willing to decide whether or not we’ve succeeded or failed.  But the loudest voice, and the one we hear the most, is what we tell ourselves.  What one thing do you constantly tell yourself?  Is it serving you?