Beyond the headline, Part 1 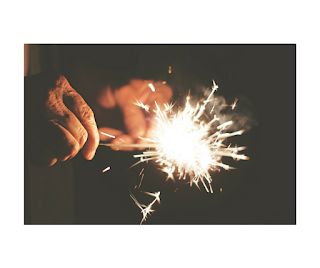 In this day-and-age, where there’s an abundance of information and a seemingly shortage on attention spans, the advice seems to be “shorter is better.”  But just for today, just for this blog, I’m going to throw caution to the wind so I can tell you about my story (Part 2 ~ my next blog ~ will be why I work with Latter-Day Saint women whose sons didn’t serve a mission; be sure to check it out tomorrow!)
My husband and I were foster parents for a while.  As that adventure came to an end I knew I still wanted to add value to the world, to do something meaningful, something that would truly make a difference.  I felt “the call” to become a life coach so I did my research, decided which path to take, and signed up for The Life Coach School training.
There was a few months between the time I signed up and the actual training.  I had planned to use that time to prepare (there were books to read, podcasts to listen to, etc.) but life got in the way and I arrived in California feeling behind but I also arrived with a surety that I was embarking on a life-changing endeavor.  Of course, I thought the lives that would be changed were those of my future clients.  Little did I know what awaited me.
Throughout our intensive, 6-day training we were taught the tools of our trade and also spent a lot of time coaching others and being coached.  One of the foundational parts, what The Life Coach School teaches, is the importance of becoming aware of what it is we’re thinking.  This might seem a little strange.  It did to me at first.  Especially as someone who is much more of a thinker than a feeler, I thought I had a pretty good grasp of what was going on in my head.  But it turns out there was a lot more going on up there than I realized.
Over the next few days I began to notice a pattern in my unconscious thoughts, and on the final day it culminated into this realization ~ I truly believed that I was never enough.  I wasn’t enough as a wife, a mother, a daughter, or a sister.  I wasn’t enough as a mother-in-law, friend, or neighbor.  I wasn’t enough in my church calling or in the roles I played or positions I held in the community.  I truly believed (albeit, unconsciously) that I was never enough.
Tears welled up in my eyes as I let this sink in, this belief I had carried with me for so long, that no matter how hard I tried, my best would never be enough.  And this belief wasn’t coming from someone else, it was all me.  Sure, other people may think it about me ~ that’s really neither here nor there.  But the fact that I thought it about myself ~ that’s where the pain came from.
Up to this point I may not have recognized this firmly entrenched belief I carried with me but now I was aware, and now I had a choice to make:  keep believing it, or not.  I chose not.
Instead, I now knowthat I am enough.  It took me a while to get there, to really believe it, but I do and my life is so different now because I show up differently in all my relationships, in all my responsibilities, in all my interactions.

This is why I do what I do, why I became a life coach ~ to help other people become aware of thoughts and beliefs that are holding them back from living the life they really want to live, no matter their situation.  This new way of thinking and showing up in the world is a gift I gave myself and I plan to spread it far and wide for many, many years!