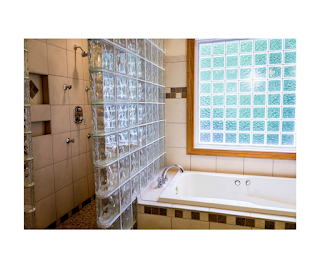 My husband sometimes tells me my showers are too long and too hot.  He’s right.  But a lot of my most powerful pondering happens when I’m showering (maybe because I’m quiet?) and I tell him my shower epiphanies are worth a slightly higher water bill 😉
Today’s shower epiphany almost knocked me over (and not just because showers can be slippery!).  It’s been four years since my son told me he wasn’t going to serve a mission and that he had questions about the church and his testimony.  Since that time his younger brother has followed the same path.
I have spent the last four years trying to figure out how to make this situation better, how to really turn it over to the Lord.  This morning, in the shower, it dawned on me that my big road block in knowing my part in all of this is a lack of believing that I really could have done everything in my power to do and it could still turn out this way; a lack of willingness to really let go of my own plans and expectations; essentially, a lack of really trusting the Lord.

Where do our beliefs come from?  The things we think over and over.  What do you believe about your own situation?