What Mattered Most… to me 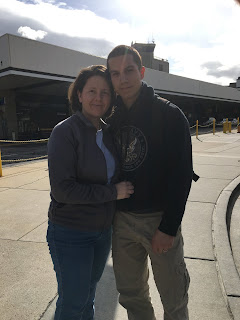 The afternoon my son first told me he wasn’t going to serve a mission I definitely had lots of thoughts swirling around my head about his testimony, his eternal welfare, and what other choices this decision would lead to.  But honestly, what concerned me most was maintaining a close relationship with him.  I had heard about ~ and even seen with my own eyes ~ how some parents virtually disown their children for “straying off the path” and how some kids believe (whether it’s true or not) they can’t do anything right in their parent’s eyes and how that becomes a wedge between them.  I knew the former wouldn’t be an issue, but I was concerned about the latter.  And I was determined not to let it happen.
In the ensuing days, weeks, and months ~ with the goal of making my relationship with my son even better ~ I purposely spent time figuring out how to stay connected to him and then I acted.  I stayed interested in the things that mattered to him, made sure to be available as he came-and-went, took time to listen, supported him in his activities, and still taught him correct principles.
Of course, none of this was anything extraordinary, but concentrating on what I wanted (a close relationship with my son) rather than dwelling on the “could’ve, would’ve, should’ve’ s,” has made all the difference. And 4½ years later, we are closer and better connected than ever!

If you want to create the best relationship possible with your son ~ no matter what ~ SIGN UP NOW for a free mini-session.  It only takes 30 minutes ~ and if we’re not a right fit for each other you’ll still leave the mini-session with some good help to get you started.