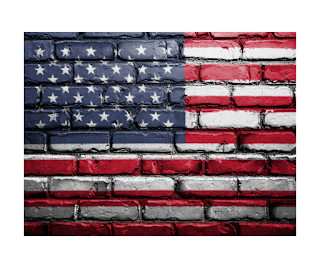 As a child who spent more than a handful of years living overseas, I grew up with an appreciation for the freedoms I enjoy as an American citizen.
As a student of history, I have a depth of understanding of the sacrifices that accompany freedom, and I’m eternally grateful to those who gave part of their lives and those who gave their whole life, so I can be free.

And yet, with an abundance of freedom surrounding me, I sometimes feel trapped when things aren’t going the way they should; I sometimes feel stuck in fear when I see my son not living like he should; and I sometimes feel desperate when I’m consumed with the thought that life shouldn’t be unfair.
Americans have more freedoms than we sometimes realize, but obviously, feeling cornered or scared or distressed only makes us feel like our hands are tied… definitely *not* free.  But don’t be discouraged!  I’ve been reading Tracy Goss’ The Last Word on Power and have learned a truth I want to share with you.  But, first, go back and re-read the paragraph above (“And yet…”).
Did you notice anything?  A common word?
“Should.”
That six-letter word ~ should ~ is just a big trouble-maker.  Goss explains why as she identifies the Universal Human Paradigm (something all human beings believe):  “There is a way that things should be.  And when they are that way, things are right.  When they’re not that way, something is wrong with you, them, or it.” (p. 77)
Think about it.  How often is “should” the beginning of your angst?
Now contrast the Universal Human Paradigm with this truth:  “Life does not turn out the way it ‘should.’  Nor does life turn out the way it ‘shouldn’t.’  Life turns out the way it does.” (p. 96)
Think about it.  “Life turns out the way it does.”
This doesn’t mean we don’t care.  It doesn’t mean we don’t pray.  It doesn’t mean we don’t teach and try to influence for good.  It doesn’t mean we throw up our hands and quit trying.  It simply means life turns out the way it does so there’s no use spending time consumed with “I should have…” or “I shouldn’t have…”

How would your life be different if “should” was banned for the day?  What freedom could you enjoy if “should” was not a part of your vocabulary for a week?  Comment below or email me at kelly@findpeaceinparenting.com~ I’d love to hear about the freedom that awaits you!